Initially, monogrammed signatures were reserved for royal coins that identified ancient Greek and Roman diplomats from various regions. However, by the 19th century, it was common for many Victorian citizens to own a sentimental memento with initials carved into gold- and silver-plated accessories. Beforehand, monogrammed items were used to identify the work of local artisans and organizations synonymous with regional kingdoms. However, initial engravings on necklaces were common, with the famous Anne Boleyn 'B' choker-style accessory seen in various paintings of the British Queen. The decorative trend of signature mementos became increasingly popular during the Victorian Era (1837-1901), and could be seen on lockets, signet rings, sewn into garments, silverware, and other metal-based novelties. 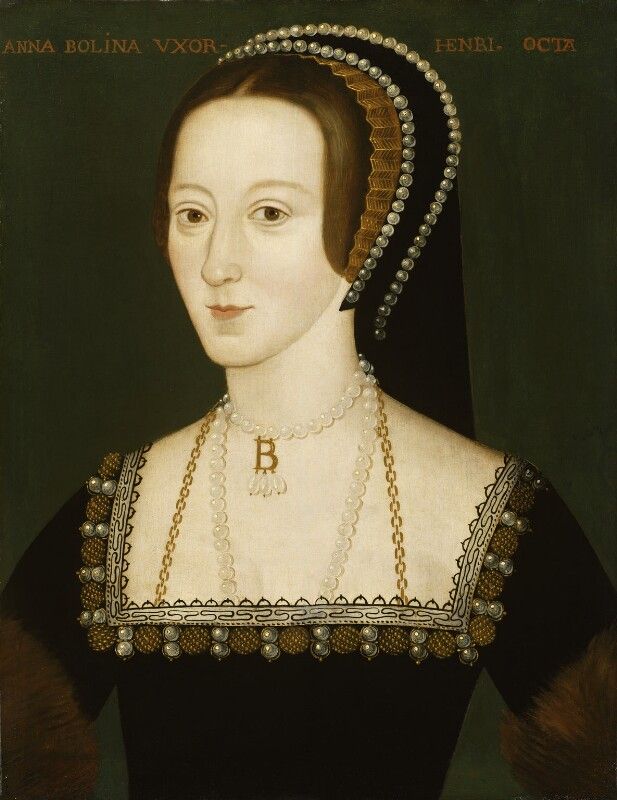 (Pictured Above: Anne Boleyn portrait with her famous 'B' initial choker-style necklace. Several paintings showcase the British queen with the personalized monogrammed necklace. This is an early example of monograms used for decorative purposes.)

Monograms and engravings were created by hand before machine production was invented during the first Victorian Industrial Revolution. Manufacturing became a significant industry and increased the quantity of monogrammed items. Soon, various business jewelry firms were offering engraved metal pieces with diverse signature styles and designs. Many monogrammed jewelry pieces were given as sentimental gifts, including a compartment for a loved one's photos or a locket of hair strands. Many Victorian Era jewelries with signature engravings and monogrammed initials were reserved for gold- and silver-plated items. It is common to come across monogrammed pieces with engraved names and patent dates on the inside of the jewelry. Lockets for necklaces, class rings, brooches, and expandable bracelets were highly in demand. Many of these items are attached to personal stories and memories, which include special occasions and celebratory gifts. By the late 19th century, historic companies such as Sears, Roebuck, and Co, The D.F Briggs Company, McRae and Keeler Co., and Theodore Foster and Company all were manufacturing high-quality monogrammed pieces. (Pictured Above: Antique catalog showcasing gold-filled and sterling monogrammed lockets from the T. Eaton Company, Toronto, Canada. The technology boom of the Industrial Revolution ushered in the age of mass manufacturing, which included a large production of jewelry styles available to the public.)
The Edwardian Era (c.1901-1915) carried on the tradition of decorative monogrammed jewelry, and the style became increasingly popular. Many older Victorian and early 20th-century models have specific hallmarks and engraving designs that differ from later types. If an engraved locket contains a hallmarked company name, researching the company is essential when dating the piece. Many Edwardian Era jewelry companies have distinct signature hallmarks or were only in operation for a short time, and this information can be valuable when authenticating genuine antique styles.

(Pictured Above: Antique Edwardian Era (1907) Monogrammed expandable bracelet with what appears to be the initials 'B.B'. Expandable bracelets with engraved initials were popular during the Victorian and Edwardian Eras. These bracelets were often gold filled or sterling and may contain more insightful information on the inside of the bracelet (i.e., patent dates, names, metal purity, etc.) Zanathia Jewelry Collection )

Historically, the monogrammed aesthetic has been used for centuries. However, it was not until the 19th century that decorative purposes became famous. Nowadays, signature engravings on accessories are used for unique personalized gifts and sentimental mementos, which all derive from Victorian Era traditions. Many modern designs can be linked and traced to antique styles, which have become increasingly popular in today's market. Thankfully, many genuine monogrammed jewelry pieces have been historically preserved and in excellent condition. The initials and engraving designs are essential pieces of history, which include sentimental memories that belong to people of a bygone time. When collecting and curating antique monogrammed pieces, it is always intriguing to ponder the lives and stories to which a personalized gift once belonged.