﻿Improvements in electroplating techniques created a vast market of lightweight gold-filled jewelry, which included hinged bracelets and sweetheart keepsakes with intricate enamel. Zanathia Jewelry Collection
During the mid-19th century, it was common to see accessories with black enamel and gold tracery designs. This popular Victorian jewelry design is called taille d'epargne, French for 'saving cut. This intricate enamel technique originally emerged from England's Birmingham factories and became one of the statement looks of the Grand Period (1861-1880) within the Victorian Era. This period is historically known as the ‘mourning era,’ a time of grieving for Queen Victoria after her husband, Prince Albert, passed. Taille d'epargne enamel designs ﻿can be seen on various Victorian pieces, including hinged bracelets, brooches, and pins. By the end of the 19th century, taille d'epargne had been replaced with the Art Nouveau styles of the Aesthetic Period ((1880-1901). Plique-a-Jour enamel was a popular choice for many nature-themed Art Nouveau Era (c. the 1890s-1915) accessories. The design involves no backing and appears as a natural translucent glass-like enamel. Plique-a-Jour enamel examples can be seen on Art Nouveau pieces that feature insect and flower designs. 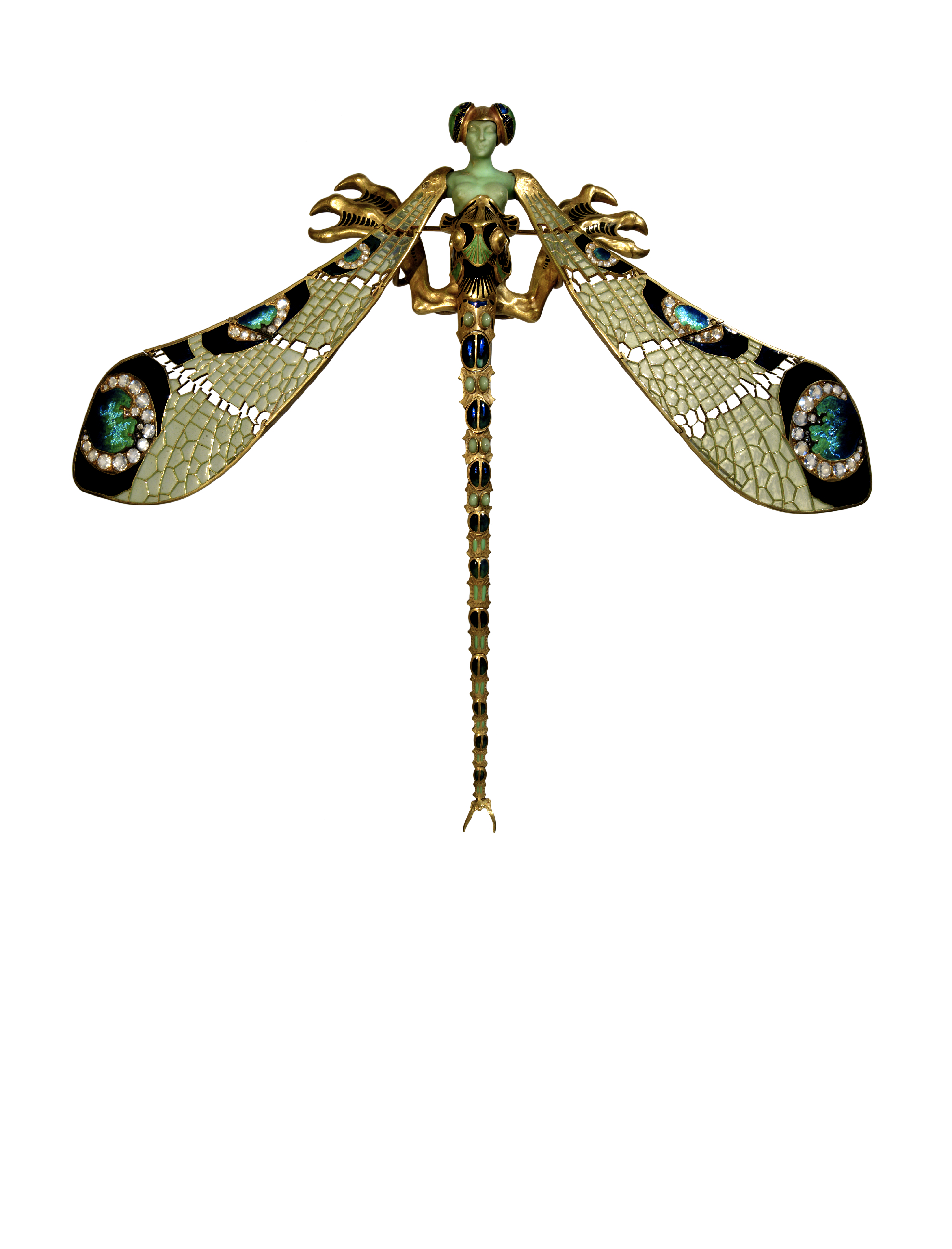 ﻿
Plique-a-Jour enamel Dragonfly Woman ornament (1897-1898) was designed by French designer Renee Lalique (1860-1945).
Metal-based jewelry pieces were among the most popular in the Victorian Era, and intricate engravings were applied to various designs. ﻿Guilloche is another metal technique that can be seen in 19th-century accessories. The name originates in France and French inventor Jean-Pierre-Francois Guillot (1730-1816). Initially, guilloche was created on a machine that made patterns by turning the overlapping ways in the material. This engraving technique can be commonly seen on brooches, pendants, and bracelets. Historically, guilloche was created with a lathe machine, such as a rose engine, that produced elaborate patterns. Translucent enamels often covered the guilloche designs, which emphasized the design patterns.
Although enamel designs have been used for centuries, improved techniques and styles were rediscovered. Enamel jewelry was quite popular during the Victorian Era and included various kinds. When collecting antique enamel jewelry, knowing the distinct characteristics of different designs can help to authenticate and categorize accessories. Presently, original antique enamel designs such as taille d'epargne are highly collectible and historically significant to preserve. The quality craftsmanship and detail are still both fascinating and timeless.